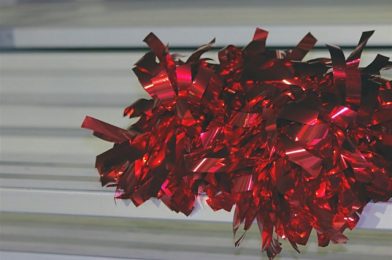 You’re down 41-0. Two minutes left in the game. The stands are empty since everyone left at the half. It’s cold, it’s raining and your legs are cramped. Your teammates droop their heads in defeat. Even the coach is sitting on the bench. Most everyone has given up. All but one. In the distance a lone voice cries out. “You can do it! Don’t give up! I believe in you!” It’s the ever-faithful cheerleader.

Yes. Every single successful person had one. Every. Single. One. Ask Noah St. John, author and speaker. After years of speaking with a myriad of successful people, he found they all had something in common. They all had someone who believed in them even before they believed in themselves. You may have to dig to find it, but I guarantee they did, even if only for a short time.

If you don’t have belief,

borrow it from someone else.

Motivational speakers will tell you that you need belief. What they failed to tell you is that you don’t need it from yourself, you can borrow it from someone else. I’d venture to say that almost everyone needs to borrow belief at one time or another. Even successful people who are masters at one thing may venture off to something new and need a cheerleader to take it on. Think about something you did for the first time. Something big. Walking (that may be a tough one to remember), Riding a bike, sleepover away from home, going off to college, jumping out of an airplane (with a parachute of course), starting a business. So many things that if you really dig hard, it wasn’t until after you accomplished something that you said “I didn’t believe I could do it!” The belief came after the action. The action created the belief. Well, the belief was always there, it just migrated to yourself. Look back and I bet there was someone behind you. Your cheerleader saying they believed you could do it.

There’s a never-ending supply of information and recommendations on getting a coach, mentor or accountability partner. You can even pay people for these services. Rarely (ever?) do you find someone recommending that you get a cheerleader. Yet, if success requires action and action requires belief and you don’t have that belief, how can you ever take action? In effect, cheerleader ends up being the most important person in the chain.

It’s possible for one person to fulfill more than one role or even change roles as the situation dictates, but make no mistake, coach, accountability partner and cheerleader are distinct roles. A coach (or mentor) is a person at least one step ahead of you (important!) and pointing you in the right direction. Interaction with your coach may be intermittent and you may not even know them personally. An accountability partner walks beside you. Interaction with your accountability partner is regular, frequent and best when they’re on the same journey as you. A cheerleader walks behind you and, well… cheers. A cheerleader is consistent, constant (even if it’s just their voice in your head) and you have to have at least a minimal personal connection. Once belief is transferred, you can even be your own cheerleader (but what fun is that?)

For many, cheerleader is mom. Unconditional love, unconditional support, unconditional belief. For just as many, it’s not. It can be anyone; a parent, relative, friend, coach, teacher. You can have more than one and you can pick up new ones along the way at any time. There’re really only two conditions. First you need to have some kind of personal connection. You would have a hard time accepting belief from a complete stranger. Second, unwavering belief. There can be no hesitation. Pure cheerleaders are exactly that, pure cheerleading. No matter how many times you fall, it’s going to be ok and they tell you to just get up and try again.

As much as you need to invite cheerleaders into your life, you even more need to dismiss the naysayers.

I hesitate to mention this because I don’t want you to think that you don’t have control over the situation, but there’s normally a third element. Cheerleaders are typically voluntary. What I mean is that you rarely ask someone to be a cheerleader, they usually just “happen”. In fact, if it doesn’t come naturally, the cheerleading may seem fake. Side note – isn’t this always true for naysayers? You never ask them and it’s always a volunteer position! It’s why you can’t hire a cheerleader, your brain will always wonder if they’re telling you something just because you’re paying them. Hence the requirement for some kind of personal connection. Take heart. Just like you can dismiss naysayers in your life, you can surround yourself with potential cheerleaders by inviting positive people into your life and in no time the they will show themselves (that’s what cheerleaders do, duh).

One final piece of advice, marry a cheerleader. They’re the one person you will spend the most time with and the one person who can probably get in your head the most, so why not stack the deck and attach yourself to one that will always be there for you. I did. It’s wonderful.

Pssss… Don’t leave without getting your freebies!