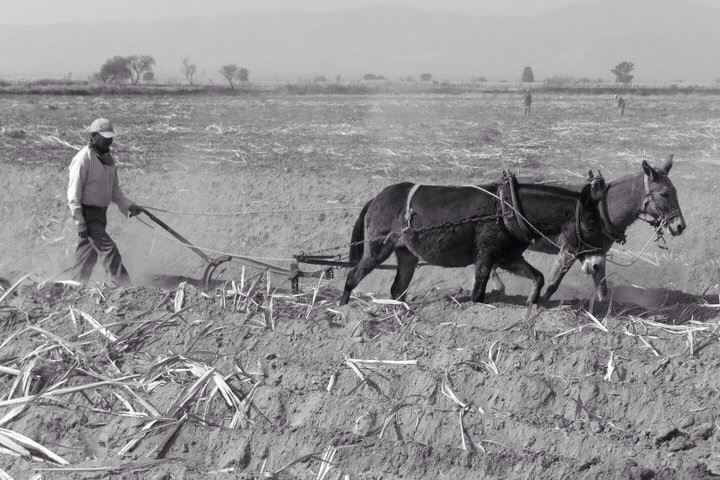 If hindsight is 20/20, what is foresight? Ask anyone who’s entered a dying profession and I’m sure they’ll tell you their foresight was less than desirable. Such is the crutch of most when it comes to recognizing trends in their early stages.

You probably studied the industrial revolution in school. All the advancements that took place. The money that was made. Ahhh… Good times. What you may not have learned was that it took years, decades even for people to leave their family farms and embrace what was going on. Maybe embrace isn’t the right word. You could easily embrace a new technology but still stay in your old habits. When a new technology decimates an old industry though, it’s embrace or die, and the earlier you embrace the better off you’ll be in the long run. Of course farming still exists, but ask any small farmer and they’ll tell you what a struggle it is to survive. Farming is now dominated by large corporations with even larger machinery.

Today, access to information is limitless, free and accessible right in the palm of our hand.

Fast forward to 1990 when the version of the internet that you’re familiar with came about (the world wide web). Instant transmission of information. It’s hard to imagine being without it today, but in 1990 it was truly revolutionary. Today, access to information is limitless, free and accessible right in the palm of our hand. So why then do we pay tens of thousands of dollars for information in the form of formal college schooling? Even worse, college cost has continued to skyrocket well above average inflation measures even as information has continued to be distributed freely. I challenge anyone to find “secret” information in a college course that you cannot find online. Yet it’s almost impossible to find an adult that isn’t hell bent on sending their child to college even to the point of putting themself and/or their child in a severe financial deficit. The result is the highest educated class of restaurant personnel the world has ever seen.

Let me pause here and stop the haters (do they ever stop?). I’m NOT against college or education or teachers (or little puppies). I certainly would not want my doctor cutting on me after getting some tips on YouTube. There are certain professions that require formal education (although, I still contend they are very overpriced). I also highly value education and critical thinking. Both of which seem in short supply given what goes around on social media these days. But I digress…

Why the disconnect? The generation has yet to fully embrace the information revolution. The subconscious belief that a college degree is worth what is being paid for it trumps the reality that in many cases, it’s just not.

Will you lag the revolution?

Fast forward to 2020 😬. Up to this point, you may or may not agree with anything I’ve said (then why are you still here?) but this fact is hard to refute; the world has changed and the change has been faster and more global than any change in history. You may rationalize that things will just go back to “normal” eventually. That may be true and for a time it may seem that way but make no mistake, changes have taken place that are permanent and life changing for millions of people. So you have to ask yourself, will you lag the revolution?

What is this revolution? Working remote. (I can see your eyes roll). Working remote? Really? Nothing new here! While it’s true that the capability of working remote has been around since broadband internet became widely available, employers and employees alike still fancied meeting at the office. I don’t blame them for not embracing this revolution, personal interaction is severely undervalued. Plus, the economy was bustling and there just wasn’t the need to send everyone home. Not to mention those long term leases on office space with infrastructure already set in place. Then… 2020 happened (insert shrieking background music here). It was do or die. Now there’s an incentive to embrace the remote revolution. Millions of people that always had the capability to work remote now had the necessity to work remote. At first it was awkward but now several months into it, group video calls are just part of an ordinary day.

The part that isn’t so obvious.

Big deal, now a bunch of people work from home. It’s more than that. Once your job is remote, it doesn’t matter if your 1 mile away or 10,000 miles away. The person that used to compete for a job against anyone within a 50 mile radius of the office just entered the arena of global competition. What happened when other jobs went remote? Many went offshore. Even without going offshore, a much larger pool to pick from means salary deflation is practically a given. Now how much is that college degree paying you?

What about secondary effects. Smart businesses are figuring out what they can do without. For starters, office space and all the overhead that goes with it. I predict commercial real estate is going into a very long term decline. What about everything that goes into supporting that office? Office furniture, commercial cleaning and supplies, vending machines, coffee service, surrounding restaurants that were filled at lunchtime, business attire, business travel, mass transit and I’m sure many more that escape my mind. I haven’t even mentioned the jobs that can’t go remote. My heart goes out to every restaurant/bar, small retail and gym owner and the employees that will never get their jobs back.

What’s the good news? The good news is that you’re here (and still reading, thank you). This is your wake up call. Don’t be one of the many who see what’s happening and ignore it or wish it away.

It’s time to embrace the revolution.